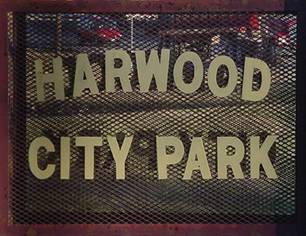 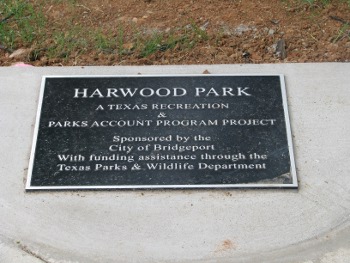 Harwood Park is 8.3 acres of park land and is located in the heart of Bridgeport at 707 Hovey Street. With help from the Texas Parks and Wildlife's Small Community Grant, Harwood Park underwent major improvements in the summer of 2007.

As of November 11, 2008, a stretch of Highway 114 in Bridgeport is now a part of history. On Veteran's Day, a Blue Star Memorial Highway Marker was dedicated in Harwood Park. The Bridgeport Garden Club, along with donations from individuals and civic organizations, made this dream a reality.

In 1944, the New Jersey State Council of Garden Clubs wanted to honor those who served this great nation with a special memorial. Garden Clubs are known for their ability to beautify and preserve, so it was logical that they would choose to honor our servicemen in this way. The Blue Star was taken from the blue star in the military service banner.

Blue Star Memorial Highways are a tribute to everyone who has served in the armed forces to defend the United States of America and the Constitution for which it stands. 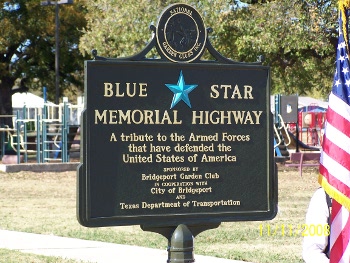 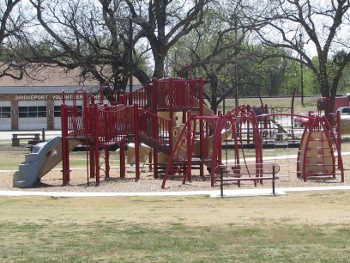 There are 10 picnic tables in Harwood Park, including 2 game tables. One of the game tables is wheelchair accessible. These tables are used by families coming to use the playground, as well as a number of people using them during their lunch breaks. 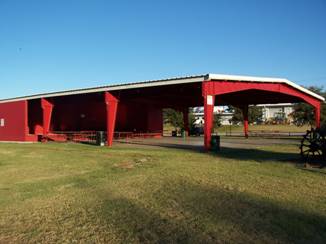 The Harwood Park Pavilion was repainted in the summer of 2007. It has picnic tables, a stage, restrooms, and electricity. The pavilion can be rented for $50 a day with a $50 deposit that will be returned if the pavilion is clean when you are done.  For more information, please call (940) 683-3400. 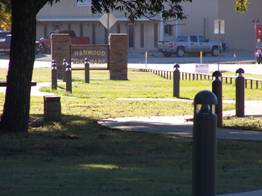 In the spring of 2007, Harwood Park received a concrete walking path around the park. The trail starts at the pavilion and crosses Turkey Creek. It then splits and goes around the new playground structure, and then comes back together and goes all the way around the park to make a loop. The loop of the trail is 1/3 of a mile long. The trail is lighted at night. Around the perimeter of the walking trail, you will find 56 light bollards which were installed. There are also 5 security lights around the park for protection. 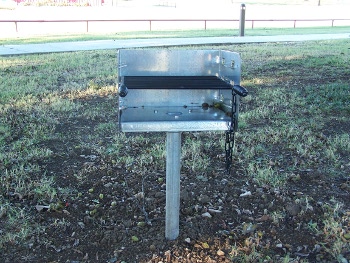 There are 3 barbeque grills in Harwood Park. They are open for the public to use; however, you must furnish your own charcoal. If at any time you choose to bring your own grill into Harwood Park, a Liability Waiver must be signed at the Parks and Recreation Office located at 1502 10th Street. 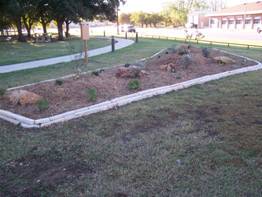 Built during the summer of 2014 by the Bridgeport Lion's Club, this flag pole is in recognition for the countless people and organizations who serve the Bridgeport Community. 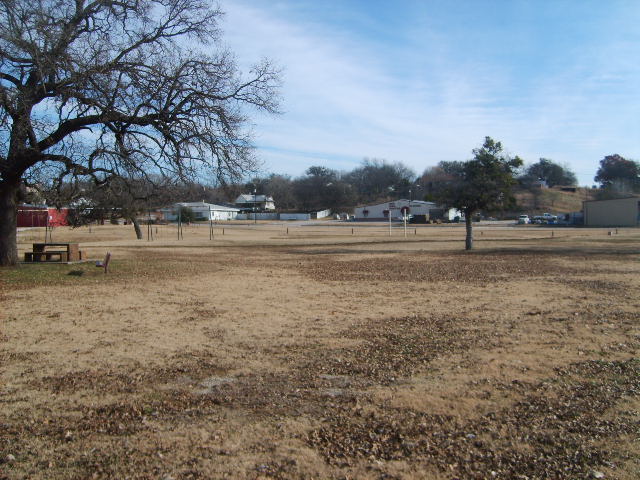 Harwood Park has a lot of open space for recreational activities. This area is used for special events like the carnival and circus, as well as for children to do other activities, such as soccer. 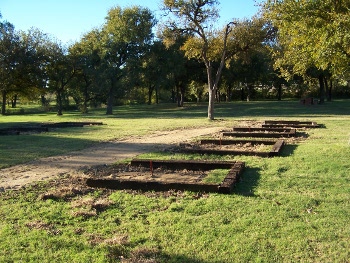 On the south side of S.H. 114, next to the Volunteer Fire Station, there are 4 brand new horseshoe pits. 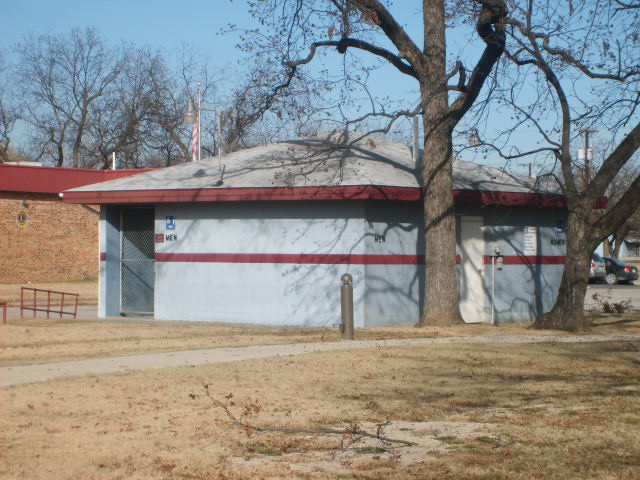 On the west side of Harwood Park, along 8th Street and near the swimming pool, there are public restrooms. These restrooms are open from dawn until dusk everyday.

Harwood Park Disc Golf Course was added in the Fall of 2015.  This 6-hole course uses the southern part of Harwood Park, next to the Volunteer Fire Department.